If we don’t like what our governments are doing
we can vote against them.
We never get that chance with private companies
who are supposed to be working for us.

The hard truth is that once our governments get into bed with private business it is business that calls all the shots—not the government and not us. 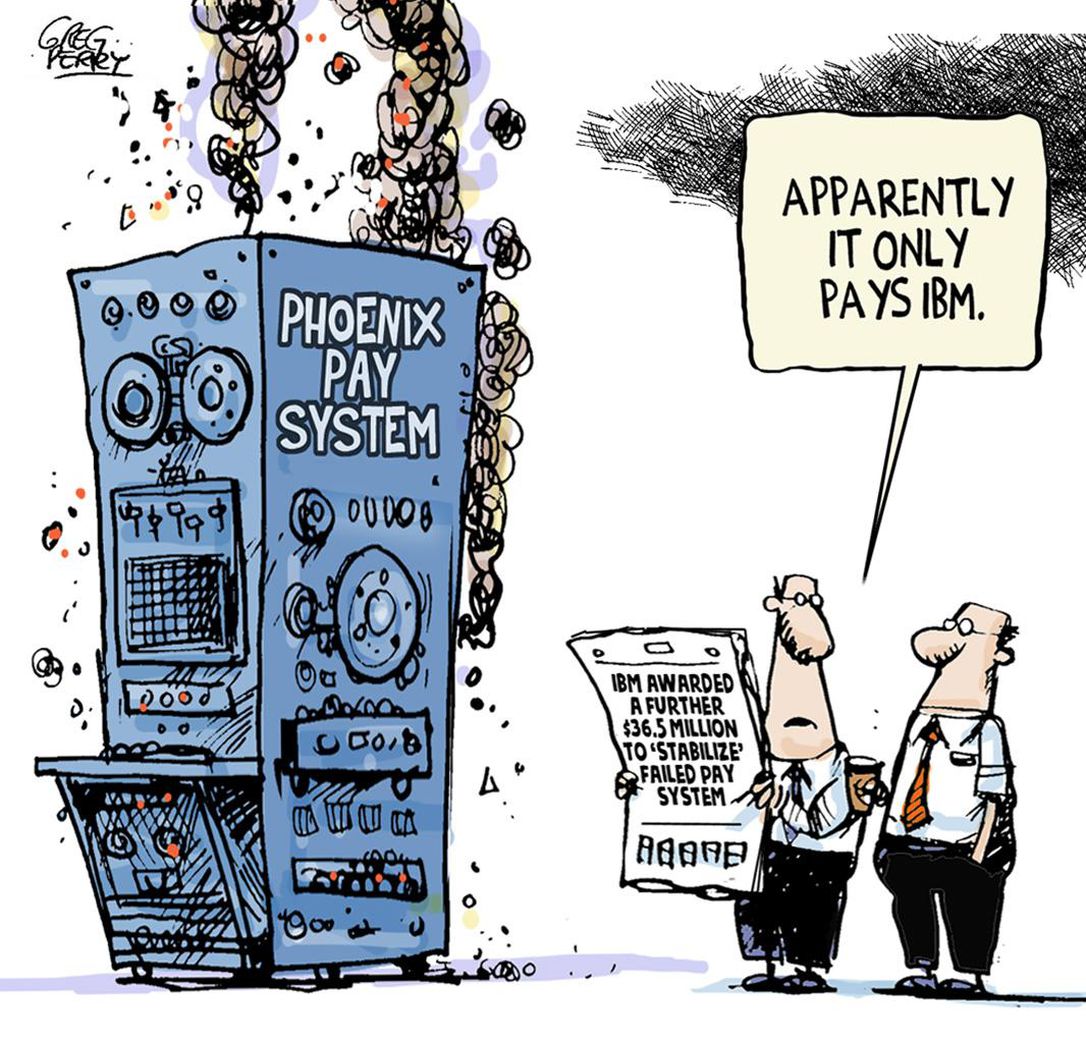 Consider the on-going train wreck that is the Phoenix pay program for federal government workers. Private business said it’s program could “improve” things for workers and lower costs to government. It did neither.

We wound up paying through the nose for something that made things much, much worse. Thousands of federal government workers wound up with no pay or too much or too little—payday after payday ever since 2016. Personal finances were blown to bits. Many workers had to use up life savings, or borrow, to make their car and house payments or even to put food on the table. Some lost their cars and houses.

Meanwhile, the private contractors took no responsibility for the mess they created. They just kept charging us more and more to fix it. We had no choice but to pay it.

Now they say it will cost us at least $2.2 BILLION to fix.

Federal government workers are still wrestling with the fallout from this colossal failure delivered by private contractors who answer to no one but themselves.