BOOK LOVERS WON BIG in Saskatchewan on April 24. Premier Brad Wall was in full retreat. They had pushed him there.

The premier abandoned his plans to gut the Saskatchewan library system. A public campaign mounted to save the libraries simply grew too strong and popular for him to ignore. He knew he had to back off. And he did.

It happened fast. It took just 29 days for librarians and book lovers to recruit and rally people across the province into a popular resistance strong enough to make Wall back off.

On April 24 Wall restored every penny of the $4.8 million he had cut just a month earlier from public library funding as part of its 2017–18 budget. The government admitted it was prompted into retreat by mounting public opposition to the cuts — an opposition that included a Facebook group that sprang up almost overnight, thousands of signatures on a petition and many rallies that piggy-backed on an on-going Drop Everything and Read (D.E.A.R.) national celebration of reading designed to remind folks of all ages to make reading a priority activity in their lives. The cuts shut down the interlibrary loans network that serves more than 300 public libraries. Losing the network brought the damage that deep budget cuts would bring all across Saskatchewan very close to home.

"That really rocked the boat," said Jean McKendry, director of the Chinook Regional Library in Swift Current. "That's what people love the most about our system. It's simple and universal. It's about sharing."

The library cuts were among many deep cuts proposed by the government: education spending was trimmed by 6.7 percent, the provincial sales tax rose from 5 to 6 percent, taxes on alcohol and cigarette sales rose, and the entire province-wide, publicly-owned bus service was axed, with 224 jobs lost.

Public oppostion to the library cuts was swift and effective. Christine Freethy, of tiny Rabbit Lake organized the Save Saskatchewan Libraries Facebook group. It quickly grew to 6,200 members and became the sharp point of social media protests.

A Facebook group, rather than a simple page, was an important distinction, Freethy said, because it allowed organizers to strategically shape the message. Only those posts that advanced the library community’s agenda would be made available for views.

"We were careful not to get too deep into political rhetoric. We kept it really accessible," says Freethy.

The public resistance also included a website that urged visitors to “Take Action to save our libraries.” It also offered a tool to write letters to elected officials and featured petitions available for download.

Rallying to the cause

Drop Everything and Read rallies were also a key part of the public pushback.

The DEAR rallies were strictly non-confrontational "read-ins," where residents would gather outside the office of their local Member of the Legislative Assembly and read silently as a group for just 15 minutes.

DEAR rallies made a more visible statement than writing MLAs or signing online petitions—a statement that would be hard for local news TV cameras to resist.

On April 7 6,500 people turned out at 85 MLA offices across Saskatchewan. "It was the largest mass rally in a generation in Saskatchewan," Freethy says.

The first gathering went so well another was planned for April 29. But by then the government had backed off. The libraries were restored. The people had won. The rally went ahead as a celebration. 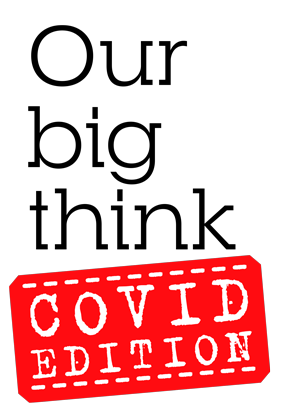