ALL SHE COULD DO WAS SCREAM FOR HELP. Her personal security alarm was out of reach and next to useless anyway. It was held together with masking tape. Fortunately, other nurses heard her cries and came to her rescue.

Nurses are attacked and hurt by patients all the time. But this attack was different. It was exactly what the Nova Scotia Government Employees Union (NSGEU/NUPGE) had time and again warned the employer could happen. Now it had.

It happened at the East Coast Forensic Hospital in Halifax on April 23. The nurse was 33 weeks pregnant. Her injuries were minor. Her baby was safe. No thanks to the employer.

Nurses and healthcare workers are put in double jeopardy by their employer: the employer refuses to acknowledge the day-to-day risks they face; and, makes no  real effort to maintain the equipment they supply to safeguard hospital staff.

“This nurse was left completely vulnerable because her personal security alarm was held together with masking tape which made it impossible to signal for help,” says NSGEU President Jason MacLean. 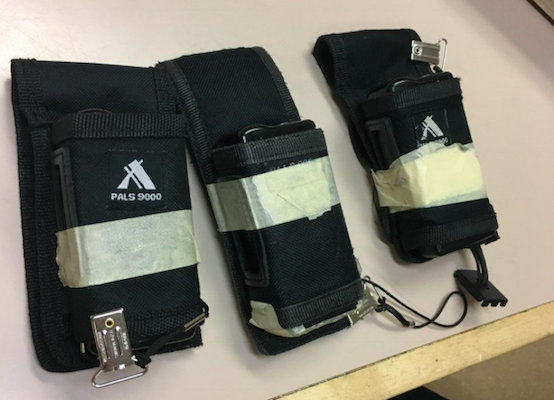 Persistent union requests to the Nova Scotia Health Authority (NSHA) for an independent violence in the workplace risk assessment were always rejected. They told us it would just be a “waste of time”, says MacLean.

MacLean pointed out: “We brought this issue to the employer two months ago, on two different occasions, and each time the concerns were dismissed. This nurse could have lost a child. What more is it going to take before the NSHA takes action to protect its nurses and healthcare workers?”

“This is not an isolated incident, nurses and healthcare workers are telling us that the lack of staff and broken equipment is an issue in hospitals and healthcare facilities across the entire province,” says MacLean.

“This is first hand proof that our healthcare system is being held together by tape. It’s no exaggeration that someone is going to die if these concerns are not properly addressed.”

“For too long the NSHA has turned a blind eye to the safety concerns of nurses and healthcare workers who are doing their best to hold a broken healthcare system together,” says MacLean. “These are dedicated women and men who are committed to caring for sick and vulnerable people. They should be given the tools to do their jobs safely.”

NSGEU/NUPGE is calling on the NSHA to immediately conduct an independent violence in the workplace risk assessment, staff assessment and equipment assessment in all provincial healthcare facilities, starting with the East Coast Forensics Hospital.