YOU'RE NOT LIKELY TO MAKE THE CUT. You’re not likely to make enough to cash in on the juiciest income tax breaks in Canada. It's Catch 22 one more time: if you deserve tax breaks, you can't have 'em; if you don't deserve 'em, you can have all you want—and more!

There are 64 personal income tax breaks offered in our tax laws—technically called tax expenditures. These tax expenditures offer preferential tax rates, exemptions, deductions, deferrals, loopholes and tax credits that allow those who use them to avoid paying the base tax rate.

You're not likely to qualify for many of them.

And even the ones you get aren't the best. Those go to the people with the highest incomes. That is, the people who should be able to pay a greater share of their income in tax don't really have to. Another reason income inequality continues to rise.

Our rich get 115 times more

The five best income tax breaks are the ones where more than half of their benefits go to the lower half of income earners—people making less than $29,900.They provide tax relief for everyday people with medical expenses, low paying jobs, living on welfare, old age pensions and disabilities. Each offers a possible maximum benefit of $1,100—usually less.

Take just one example: someone able to use the maximum pension income splitting benefit will get a $11,700 exemption. This maximum benefit is 10 times more generous than any of the five most progressive tax expenditures.

Worst of all, four of the five income tax breaks that favour the rich have no maximum individual value. For these the sky’s the limit.

[ 1 ] The most progressive federal tax expenditure is the working income tax benefit (WITB), since 95% of its benefit was paid to the bottom half of Canadians.

[ 2 ] The second most progressive tax expenditure is the non-taxation of the GIS and spousal allowance. The GIS is an income transfer program for low-income seniors, with a maximum payout of $8,038 to a single senior with no other income.

[ 5 ] The disability tax credit, is just barely progressive. The credit is a flat amount of $1,100 (after tax) available to all eligible recipients who pay taxes. As a non-refundable benefit it is of no use to those who would not otherwise pay taxes.

[ 1 ] Pension income splitting. This tax measure allows a couple to shift up to half the pension income of the higher- earning spouse to the lower earner at tax time.

The lower-earning spouse would still pay tax on the amount transferred, but at a lower marginal rate.

[ 2 ] The second most regressive tax expenditure is the employee stock option deduction. One hundred percent of that goes to the richest 1% of Canadians. In essence, there is no benefit from this tax expenditure to anyone making less than $215,000 a year.

[ 3 ] The third most regressive tax expenditure is the dividend gross-up and tax credit. Half of all benefits actually go to the top 1% of income earners.

Corporations pay corporate income tax on their profits, which can be paid out as a dividend to shareholders. This tax expenditure gives shareholders of Canadian firms receiving a dividend a credit for what the corporation already paid on its profits, so that those profits are not “double taxed.”

If that sounds reasonable, consider that double taxation is actually quite common — for everyone.

When purchasing goods or services in Canada we all pay up front a combination of GST and HST. But that purchase is made with money that has already been taxed as personal income. If you buy gasoline, you’re triple taxed by paying a gas tax and GST using income that is also taxed.

Seen in this light, Canada’s tax expenditure for corporate dividends looks very much like special treatment for the already very wealthy. The dividend gross-up has no maximum value, as it is related to the amount ofCanadian eligible dividends paid to any individual.

[ 4 ] The fourth most regressive tax expenditure is the foreign tax credit. If a person makes money in another country, and pays tax on that money to a foreign government, they get a credit toward their income taxes paid in Canada. This tax expenditure also does not have a maximum value.

[ 5 ] The fifth most regressive tax expenditure is for partial inclusion of capital gains. Almost all claims of this benefit go to people earning more than $84,000.

This tax break applies to individuals who make money on stocks or real estate.
The profit they make is called a “capital gain”. It is only the capital gain, and not the entire sale price, that is eligible for taxation. And thanks to this tax expenditure, only 50% of the value of that capital gain is considered taxable income.

This tax expenditure does not have a maximum limit value. 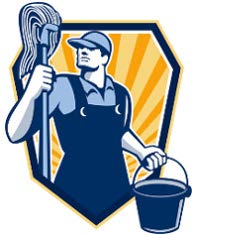 The result of all this tax finagling and flim flam is captured clearly in the these two paragraphs from the Canadian Centre for Policy Alternatives 59-page November 2016 report, Out of the Shadows: Shining a light on Canada’s unequal distribution of federal tax expenditures:

“From an aggregate perspective, therefore, the $103 billion lost annually to tax expenditures is an embarrassing failure of Canadian tax policy. With the same amount of money the government could send an annual cheque of at least $21,800 to all Canadians, completely eliminating poverty.

“In essence, we have in Canada two federal support programs of roughly equal value: income transfers to the poor and middle class, and tax expenditures for the rich. The first benefits the lower-middle class the most, but spreads widely from the very poorest to the very richest. The second benefits mainly those at the top—a shadow transfer system for Canada’s rich.”