CHRYSTIA FREELAND WARNED THEM NOT TO. The Finance Minister stood in the House of Commons in December and said: “I want to emphasize ... for any companies that may be listening, that the wage subsidy must be used to pay workers.”  It wasn’t.

It turns out CEOs had no trouble using public money from the CEWS (Canada Emergency Wage Subsidy) to do more than just pay their workers. They also used the money to make sure to pay themselves their usual dividends and bonuses.

The CEWS payments were intended to help companies help their workers by dishing out subsidies to keep workers on the payroll, during a time when company revenues dropped, due to the pandemic. CEWS was not set up to help CEOs stay flush.

However, the Financial Post reported in December that at least 68 publicly traded companies still paid $30 million in CEO dividends, while taking millions from CEWS.

Savaria Corp.’s Marcel Bourassa, was paid an estimated $3.4 million in dividends—more than 75% of the $4.5 million in CEWS his company got.

K. Rai Sahi, chief executive of four companies, earned $3.1 million in dividends—more than 14% of the $22 million in CEWS his companies received.

Bell Canada tops the list of companies that took CEWS handouts with a windfall of $122 million—some of which it used to plump up dividend payouts to shareholders.

Bell is not a company in need of any kind of government handout. It is sitting on $5 billion in cash reserves. Its internet operations alone are showing a 10-per-cent profit as it benefits from all the Zoom calls and Googling being done from home as Canadians wait out the pandemic.

Last week, even before news of the layoffs, Bell Canada took its lumps for its corporate decisions at a committee hearing on Parliament Hill.

Bell's decision to increase corporate dividends at a time it was taking taxpayers' money to preserve jobs came up at a hearing of the standing Committee on Industry, Science and Technology in late January. Nate Erskine-Smith, MP (Lib) from Toronto, put it to Robert Malcolmson, Bell's chief legal and regulatory officer, this way: "So instead of ... not increasing that dividend, you thought it best to access public funds?"

Malcolmson said Bell was entitled to draw on the Canada Emergency Wage Subsidy (CEWS), and so it did.

"What we did was we were a participant in a government program that was very well designed to keep Canadians working at a critical time and we participated in that program commensurate with the impact that the pandemic was having upon our workforce."

Erskine-Smith replied that "we have Main Street businesses getting crushed, unable to access the necessary supports. And here you are increasing dividends."

“CEWS is sold as a wage subsidy, but it’s really a business expense subsidy,” said Amin Mawani, associate professor of taxation at the Schulich School of Business at York University.

“To say (CEWS) is different money or the left hand doesn’t know what the right hand is doing I don’t think addresses the conflict that certain CEOs have seven digits in dividends at the same time they’re accepting the government subsidy,” says Richard Leblanc, a York University professor.

Leblanc suggest what CEOs could do is: “ voluntarily take a haircut so your net total compensation remains the same … and say we’re not going to benefit financially during receipt of taxpayer money.”

Frank Li, a finance professor at Western University’s Ivey Business School points out injecting taxpayer funds into revenue and net income figures can make companies look better than they really are. Li said this results in executives continuing to collect their dividend income, not because they led their companies to great quarters, but because of “luck or taxpayer money.

“If you perform badly, then you are fired, but in this case, they performed badly, they received (CEWS) and executives still enjoy high pay and high compensation,” That’s not an efficient corporate governance mechanism. Or fair” 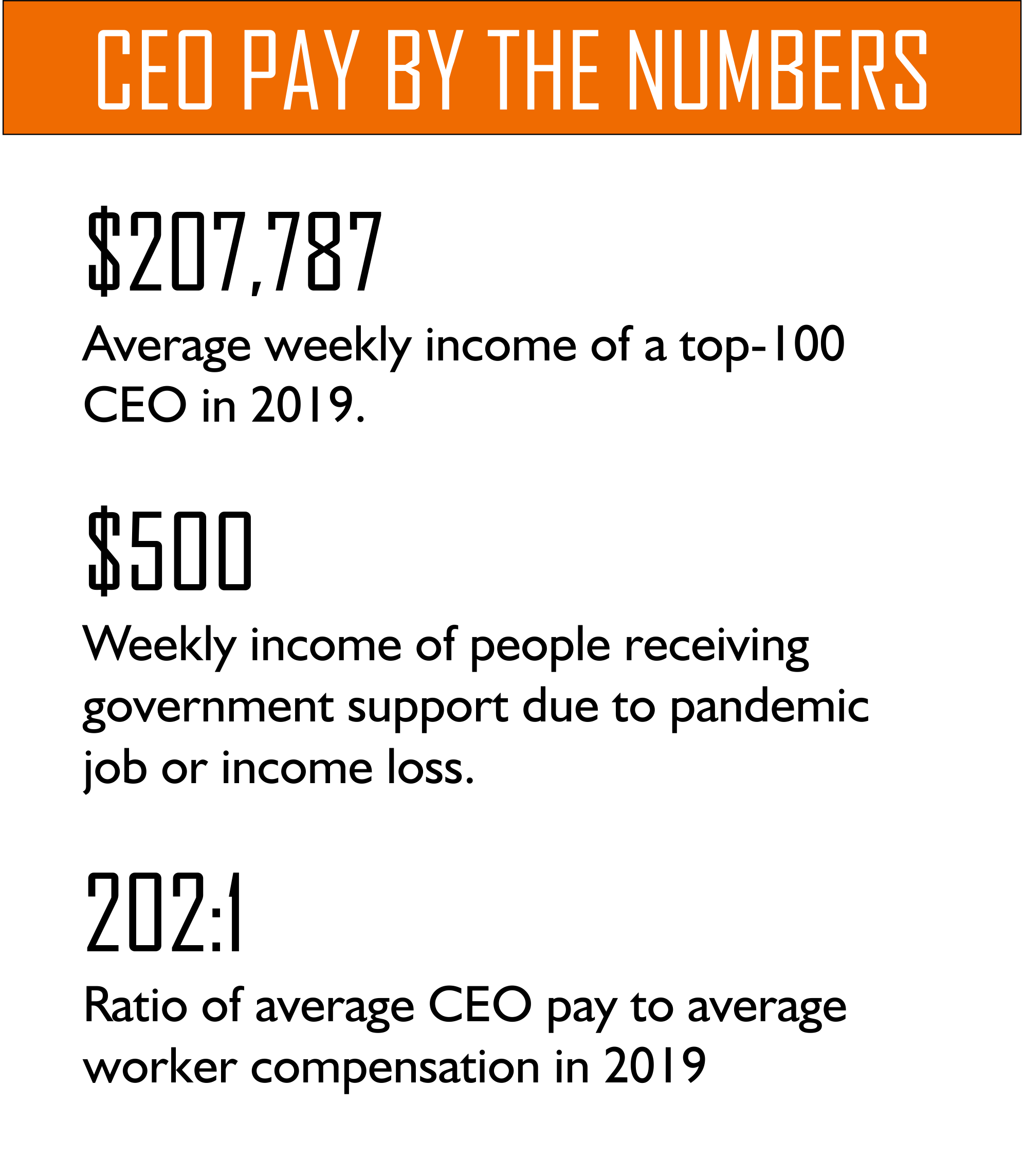