Haitian refugee Joanne Clotaire with her sons Lucas and Looandjee, left, ready to work for a new life in Canada

PAULO’S RIGHT HAND WILL NEVER BE THE SAME. The damage done in a meat grinder accident at work is too severe. You’d think he’d get workers’ compensation, no problem. You’d be wrong.

Paulo is a Haitian refugee in Montreal. He crossed 12 countries to get here. He needed a job, any job to survive. He didn’t have a work permit. He was exactly what the temp agency recruiter and Sherrington Meats was looking for.

The recruiter offered Paulo a job. No work permit, no problem he said. So long as Paulo would work for less than the minimum wage. Paulo took the job. Three weeks later, on October 11, 2017, he almost lost his right hand in a pork skinning machine.

Paulo has a work permit now. But his injured hand makes it impossible for him to work. He has filed a claim with workers’ compensation. It’s been denied.

His claim is complicated by the fact that the temp agency assigned him someone else’s name and social insurance number. It is a common practice, according to Manuel Salamanca, a member of the Montreal-based Temporary Agency Worker Association.

“They are profiting off the ignorance of the workers,”  says Richard-Alexandre Laniel Paulo’s lawyer. He believes Paul’s situation is a symptom of a larger issue.

Preying on vulnerable people to do precarious jobs

The labour law in Quebec is not clear about who is responsible for the safety of a worker hired by a temp agency if an accident occurs. This makes it difficult to hold small agencies accountable.  In addition, many temp agencies are notoriously difficult to track down.

Quebec is the only province in Canada where companies are not required by law to declare all work accidents on their premises, according to a 2016 report by Montreal’s public health office called “Invisible Workers.”

Another worker who had worked at Sherrington Meats described it as a difficult work environment, where supervisors constantly pushed temp workers hard.

“It seemed like the only goal at the end of the day was just to get productivity higher,” he said. He saw workers seemingly picked at random to do jobs that appeared to require more training than they were given, he said.

“I saw plenty of opportunities for people to get hurt.”

Quebec’s labour regulations haven’t been updated in decades and they contain numerous loopholes used by unscrupulous employers to take advantage of unwary workers.

For example, there’s no requirement for a boss to report that a worker has been injured to the authorities. Instead, a worker first needs to get a doctor’s note before an injury can be recorded, a procedure that has led many employers to bribe workers not to report accidents.

Even so, the Sherrington plant could well be held accountable this time. After CBC broke Paulo’s story, Quebec’s Workplace Health and Safety Board (CNESST) announced it would investigate the meatpacking plant.

However, Felix Lapan, who works for a Montreal-based non-profit that supports injured workers, explained to CBC that CNESST rarely accepts cases from undocumented workers like Paulo.

“What’s awful here is that, once again, you have a temp agency, which doesn’t care about the law, doesn’t respect labour standards, doesn’t respect the minimum wage and is sending people to do dangerous work,” Lapan added.

Paulo’s case is far from unique. (See the CLI story “Temp life and death”.)  Lapan described it as the “tip of the iceberg.”

Deaths on the job across Canada occur at an average of four for every workday, according to an investigation by CBC released in November 2017. In 250 cases of worker deaths looked at by CBC since 2007, courts only imposed prison terms in five instances, and the longest period behind bars was 120 days.

The CBC inquiry found that Quebec, the province with the worst work safety record, records a workplace death every five days. Quebec has the lowest allowable fines for employers who violate workplace safety laws.

Paulo’s case demonstrates the crucial importance of support provided by labour activists and advocacy groups. Without their determination to challenge the abuse faced by some of the most vulnerable sections of workers on the job, it is doubtful whether Paulo’s ordeal would ever have come to light. A victory in their fight for compensation for Paulo and the tightening up of labour laws would be a victory for all workers.

Paulo’s life, now revolves around his injury. He splits his time between his small studio apartment in Montreal’s east end and multiple occupational therapy appointments every week. 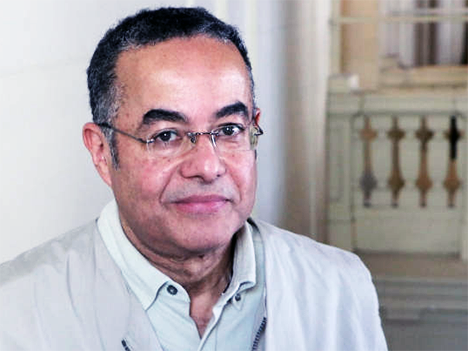 Frantz André helped establish an advocacy group for Haitians without status three years ago. He is determined to help Paulo get back on his feet.

“Every time I see him, I mean, he’s the one who’s actually uplifting me about what’s happening,” says André.

“I consider Paulo to be my friend. He’s a friend. He’s not an asylum seeker in my heart, he’s already a resident of Canada,” André said. “This guy has spirit.