Derrick Black was a resident in Moss Park camp

CALL IT A SOLIDARITY GAP. It’s the distance between what unions are doing to support the homeless in Toronto park encampments and what they could and should be doing. Many union activists in Toronto are organizing to close that gap.

The City of Toronto started using brute force in late July to evict thousands of homeless citizens from their tent villages, park by park: first from Lamport stadium, then Trinity Bellwoods, Alexander Park/Scadding court, and Lamport Stadium again. The fear is Moss Park is next.

People in parks are not being offered safe indoor housing—despite what the city claims. City shelters are overcrowded and vulnerable to COVID-19 outbreaks. The homeless argue they are safer in parks where they can be outdoors, support each other, and be supported by community organizations such as the Encampment Support Network (ESN).

Union activists are pressing to have all organized labour act in solidarity with the encampment residents to protect them from brute force eviction by the city. 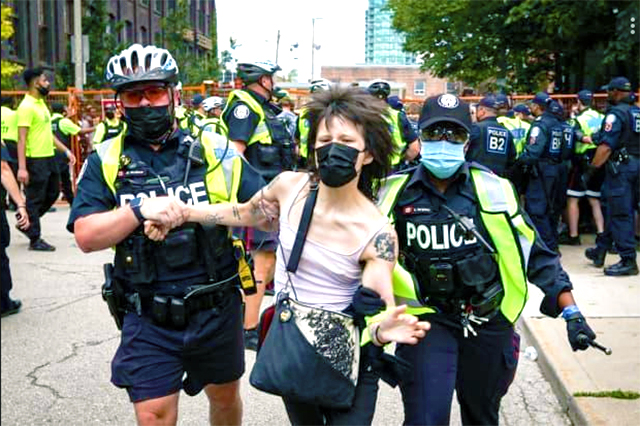 Galen Crampsey is an electrical worker and rank and file member of IBEW 353. He lives in Oshawa, a city east of Toronto, which has its own encampments in the park. He volunteers to help homeless people through an outreach centre.

He says that his solidarity with the homeless is deeply tied into his work as a trade union member. “We arguably have an obligation, with the base, the resources and the power we have as trade unions. We have money, we have reach, we have membership, we have political influences: we should be obligated to do that for the benefit of our communities.”

Maral is an organizer with Fightback, and is helping to organize labour and union members to show up urgently whenever the city tries to evict the Moss Park residents.  She says that “As the old saying goes an injury to one is an injury to all. We say it because it’s true. Among the working class people who have jobs and are members are unions. Many workers are just one paycheque away from ending up under the street.” 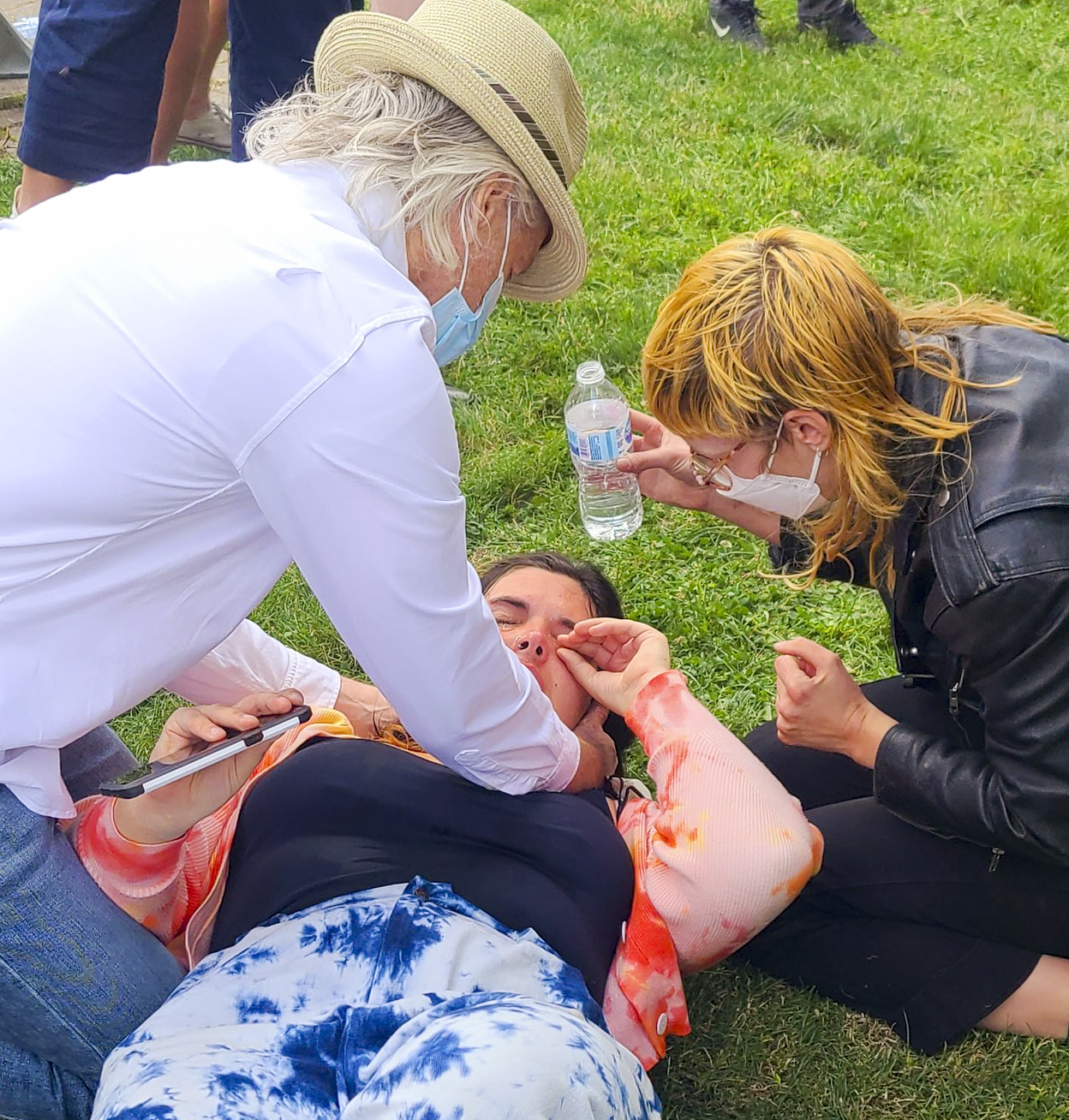 ‘Unions need to do more’

This is exactly what happened to Martin. He was a union member with CUPE local 2998 who lost his job when the program he was working for got shut down. He then lost his housing and became a resident of the Alexander park encampment. He is now displaced.

He told CLI: “When it comes to the point of the union, somewhere in the that pipeline they let us down. The workers at the daycare centre here see me and I say ‘hey remember me’ and they look away. I was part of the negotiating team that got them more money, I was elected to that position.”

He added: “Really Unions need to do more. They dropped the ball on me. I used to pay $55 per cheque union dues for 9 years. “

Gru was an encampment resident in Trinity Bellwoods Park and has been speaking out in many mainstream media outlets re the needs of encampment residents and former residents. They said regarding unions that “I would love to know how CUPE 416, CUPE 79, and ATU 113 justify supporting the police actions against our communities? I thought unions were supposed to be about using collective power, community power…”

It is true that union city workers are part of the eviction process, and the city is also hiring non-union security for as little a minimum wage to do evictions. There’s tension within CUPE as to what to do about this, and activists argue that union members need to be supported by their union to refuse this kind of work.

‘They should face a sea
of union banners’

Jahan is part of a diverse coalition of people trying o put together a labour contingent to defend Moss Park because that’s the next location that is going to be targeted for eviction.

John Clarke is one of Toronto’s best known antipoverty activists who organized with OCAP (Ontario coalition against poverty) for decades, and is now the Packer Visitor in Social Justice at York University. He said: “When cops try to evict homeless people from parks, they should face a sea of union banners and a wall of solidarity.”

Leah Rowlinson is a labour activist and UNIFOR member, and has been supporting encampments as an individual, but now is helping create a grassroots network of labour people.

She says: “We are fighting for our community and our neighbourhoods and what we are asking for for folks in the encampments we want dignity and for people to feel safe.

“This is what we ask for in collective bargaining. Bread and roses too. Its Important for Labour to show up and put our bodies on the lines. People come to us and support our picket lines too.“

Megan Kinch is an electrician, IBEW (International Brotherhood of Electrical Workers) member, single mom and a freelance journalist whose work has appeared in CBC Parents, West-End Phoenix, NOW, This, Equal Times, and Briarpatch.

Link to FB group for labour against Moss Park evictions